The 8th Athens International Digital Film Festival (AIDFF) ended with a great success with a touching closing ceremony. Another event has come to an end. However, it is important to say that an artistically productive world is the motive and the occasion for any such organization, because art and artists are an insurmountable value for culture, a real celebration for New Cinema.

The 8th Athens International Digital Film Festival (AIDFF) was held on 11-17 April at Studio New Star Art Cinema. In its official program, eighty films from all the New Cinema categories from thirty countries competed, and many directors selected this year's festival to make their international premiere. The festival, promoting the idea of ​​digital cinema, identified and promoted the concept of New Cinema and is the only festival in Greece and one of the few in Europe that embraced all kinds of cinematic art.

With a detailed design of its identity by director Christos N. Karakasis, who serves the event as an artistic director, the festival managed to become the favorite destination for worldwide filmmakers during these eight years. Within this condition, therefore, a new generation of creators with open horizons, without dividing lines, is constantly created.

During the 8th AIDFF, filmmakers had the opportunity to attend a Tribute dedicated to "Gender Equality, Women’s Support Structures". This is an issue of increasing importance nowadays, as extensive immigration crosses different habits and cultural perceptions. The festival brought to the audience films from an ideal geographic fan, gaining pluralism and giving viewers the ability to compare the nuances of female psyche in different landscapes, cultural references, and remote cultures.

The Tribute was implemented within the framework of the Operational Program "Public Sector Reform" and was co- financed by the European Union (European Social Fund) and Greek National Funds.

It lasted two days and Greek subtitles had been added to the films.

The film tribute had free admission and it was accessible to disabled people. 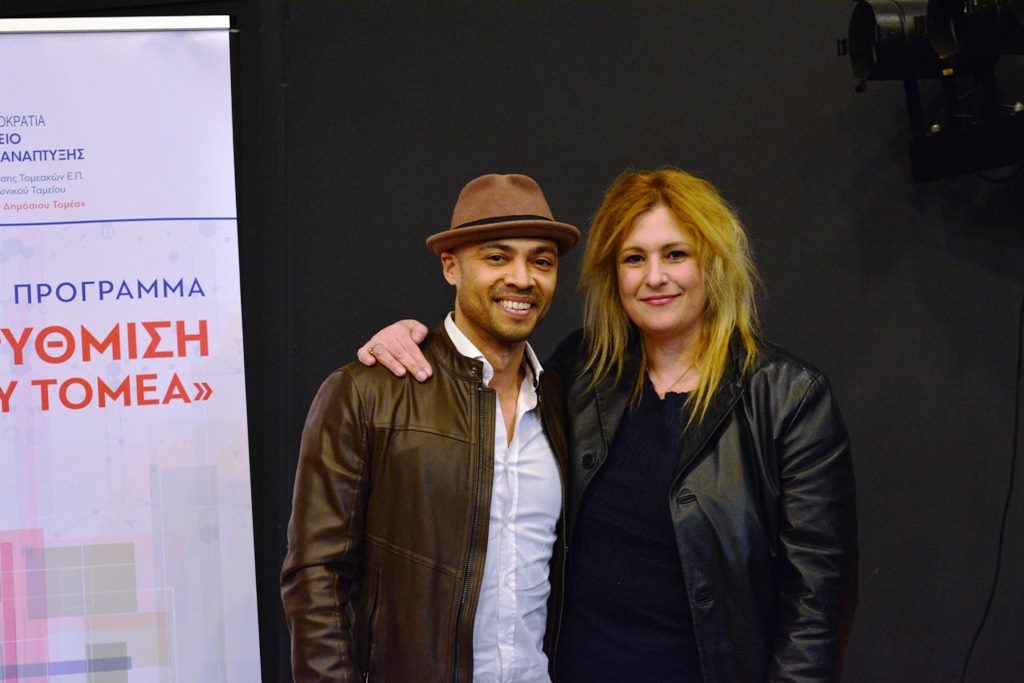 Another tribute to the Chicago Multimedia School also took place during the 8th Athens International Digital Film Festival, which gave the audience an extremely fresh work created with multimedia. We watched Edge Hill Films 2019 as once again Edge Hill University students created films on the occasion and destination of the Athens International Digital Film Festival.

A special moment at the closing ceremony was the Honorary Prize for the great Poet Nanos Valaoritis. The Festival repeatedly includes thematic and person-centered tributes. Having established itself as a cultural movement, promotes and highlights people of culture with a special contribution to Greek and international reality. For the occasion, a nine-minute Video-Art was created by the Festival, promoting a different way of awarding and recognizing people of art and culture.

The honorary prize was given by the actor and director Giorgos Messalas on behalf of the festival, while the representative of Nano Valaoritis, Nikos Nezos, received the honorary prize and brought to the audience the greeting of our poet, where he emphasized his great love for the art of cinema.

The Ministry of Culture and Sports was represented by Georgios Stavropoulos. Margarita Alexomanolaki (Ministry of Culture and Sports) also delivered a short speech and a prize to a winning contestant. Actress Larisa Vergou honored the ceremony as the representative of the City of Athens (OPANDA). The ceremony was also honored and speeches were delivered by the Greek Director’s Guild president Harris Papadopoulos, the great actor and theater director Giorgos Messalas, the composer Vangelis Fabas, the director Thanasis Papathanassiou. The ceremony was attended by the director Vasilis Kesisoglou and a number of directors, actors and people who loved the films that were screened during the festival. The awards were presented by the actress Dimitra Michailidou.

The Athens International Digital Film Festival has been certified with the EFFE label 2019-2020 by the European Federation of Art Festivals (EFA). The EFFE certification is supported by the European Commission and the European Parliament.

Each year the Festival is under the auspices of the Ministry of Culture and has the support of the City of Athens.

Currently are 24 guests and no members online